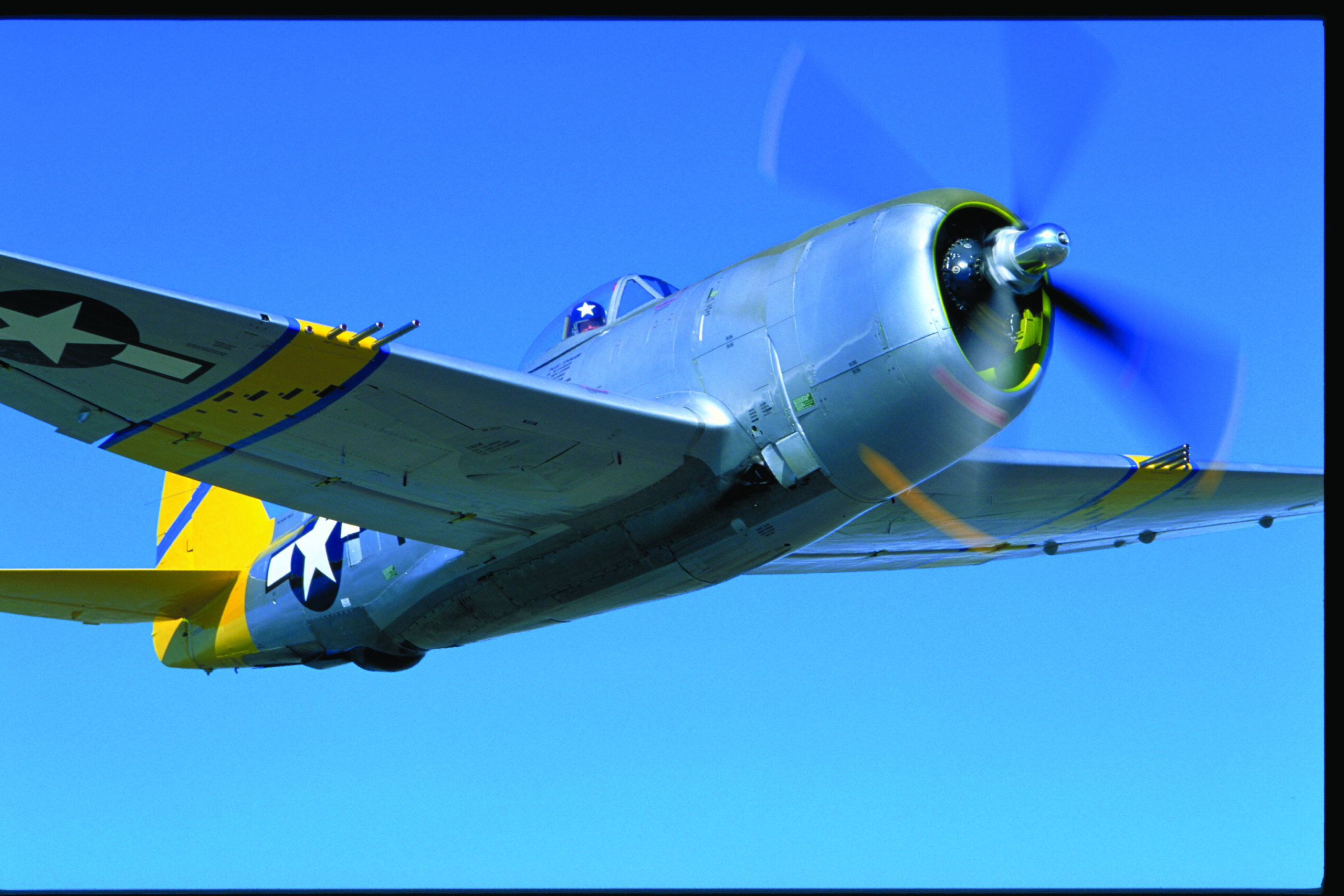 PEACHTREE CITY, GA. (Dec. 9, 2022) – Commemorative Air Force (CAF) Airbase Georgia is inviting anyone interested in supporting aviation history to participate in the annual CAF 12 Planes of Christmas fundraising campaign for 2022. Airbase Georgia is participating to raise $15,000 for its newest project, the Republic P-47 Thunderbolt fighter aircraft that arrived this year.

More than fifteen thousand Thunderbolts were built to serve in World War II, but only about 13 remain airworthy in the U.S. today. This P-47 is one of the original aircraft acquired by CAF founder Lloyd P. Nolen in 1963. The restoration ahead for the Thunderbolt is extensive, requiring thousands of hours and hundreds of thousands of dollars’ worth of work and materials. Donations of any size will directly support this restoration project and help return the Thunderbolt to the sky.

For several years, the 12 Planes of Christmas year-end fundraiser has helped the restoration efforts of dozens of historic aircraft and highlighted the Commemorative Air Force’s ongoing mission to preserve and operate its fleet of World War II-era airplanes.  Funds from the campaign will be used to purchase an engine mount and conduct an X-ray inspection for the P-47. To make a contribution go to 12 Planes of Christmas P-47 Thunderbolt.

The CAF’s P-47 did not see combat during WWII.  After the war the aircraft was assigned to the Puerto Rico Air National Guard and later transferred to the Nicaraguan Air Force, eventually seeing combat in Central America. The CAF restored and operated the P-47 for several years until it was damaged in an accident. The hull, wings and salvageable parts are now at the Airbase Georgia hangar, adjacent to the Atlanta Regional Airport – Falcon Field in Peachtree City, Ga.

Airbase Georgia already is working to complete the wings and reassemble one of the flaps. To expedite the project, Airbase Georgia has engaged a respected warbird restoration company to repair or replace belly skins, cowlings and cowl flaps.  Other fittings and parts will be made by volunteers in Airbase Georgia’s well equipped machine shop.

“The P-47 is one of the iconic airplanes of the Second World War, a highly acclaimed fighter known for its combat effectiveness,” said Joel Perkins, Airbase Leader. “With strong financial support, our skilled mechanics can return this amazing warbird to the air for all to enjoy. This is an opportunity for any person or organization to play a role in preserving this important piece of American history and to honor the contributions of all veterans who defended our freedom during World War II.”